Garford Farm Machinery was established in 1986. The Partnership at that time consisted of Norman Garford, his 3 sons Michael, Robert & Philip and Ted Chamberlain. Over the years ownership of the Company has changed, both Norman Garford and Ted Chamberlain retired from the Partnership in 2009 with Ted sadly passing away in December, 2011. The current directors are Philip Garford (Managing Director), Janet Garford (Finance Director) and Michael Garford (Design and Technical Director).

Prior to establishing Garford Farm Machinery Norman and his sons were all farming, but were always keen to improve and adapt machinery to suit their needs. In the 1980’s , following initial work by the NIAE (National Institute of Agricultural Engineering), the Garford’s designed and developed a Skew Bar topper to retrofit to different models of sugar beet harvester. The Skew Bar topper was designed in such a way that it will remove the leaves from the top of the sugar beet without actually taking the top off the sugar beet itself, thus enabling the farmers to collect a higher tonnage from their crop. The Skew Bar Topper was demonstrated at the 1985 British sugar beet demonstration and was met with great enthusiasm. Garford Farm Machinery was formed and Skew Bar Topper Kits were successfully taken to the market in 1986.

Thoughts then began to move onto the development of a complete sugar beet harvester. The new machine was to incorporate not only the successful Skew Bar Topper but also the Spiroll Cleaning System, a unique cleaning system to remove clods, stones and rubbish from the sugar beet. The first prototype was produced in time for the 1988 season. The harvester was initially produced as a 3 or 4 row machine, with a 6 row version added to the range a few years later. Sales continued to grow throughout the 1990’s, many in the UK but gradually more being sold further afield to countries such as Chile and Japan.

Garford pride themselves on listening to the farmers and identifying their needs.

In 1997 Silsoe Research Institute (formerly the NIAE), approached Garford to see if they would be interested in collaborating on a project to develop precision guidance for inter row hoes. Garford were already producing manually guided inter-row hoes, and welcomed the opportunity to become involved in the project. A 4 year development programme followed, which started on organic cereal crops, then sugar beet and finally resulted in Garford launching the system in 2001 with 3 production machines, one for cereals, one for sugar beet and one for vegetables. The main benefit of the Robocrop system is improvement in performance with travelling speeds of up to 12 kph or even more. The hoes are equipped with a camera that looks at the crop rows and sends the images back to the Robocrop console in the tractor cab. Assuming that the console has been correctly set up with the crop row width’s and plant spacing, the computer is then able to guide the hoe along the crop row allowing the tractor operator to travel at a much faster pace than would be possible if he was having to guide the hoe manually himself. With the computer steering the hoe, driver fatigue is reduced and therefore greater acreages can be covered each day than had previously been possible.

The Robocrop Precision Guided Hoe has gone from strength to strength since its launch in 2001. A major factor in this is that many chemicals that were available to farmers for weed control have been, and are continuing to be, withdrawn from the market. Along with this supermarkets have put pressure onto farmers to provide produce that, if not entirely organic, has had fewer chemicals applied to it. The Robocrop Precision Guided Hoe is now available for use on most crops, including vegetables, cereals and sugar beet. It has also been used on herbs, flowers and this year we have sold one for trees. The machine is sold worldwide – to many European Countries and as far afield as Australia, New Zealand and Canada amongst others. 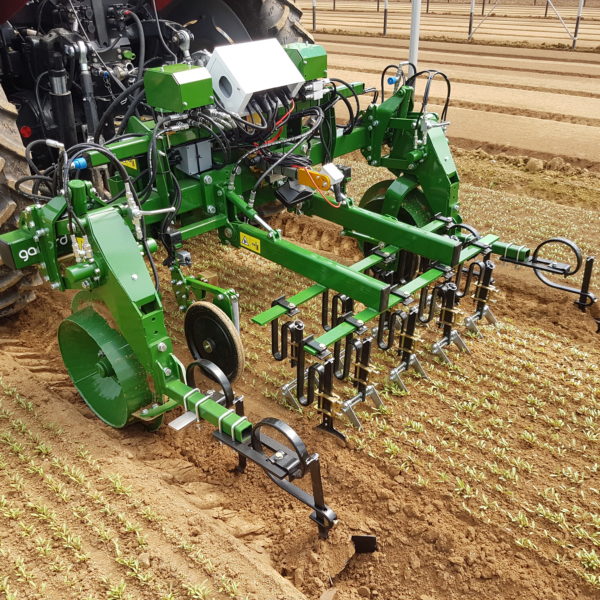 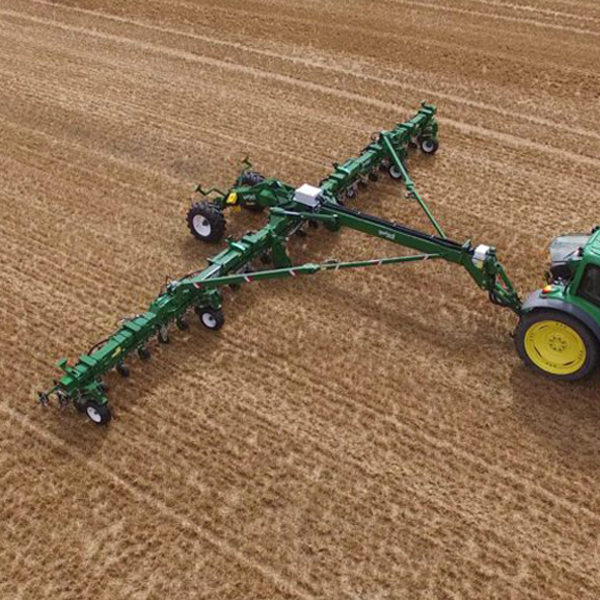 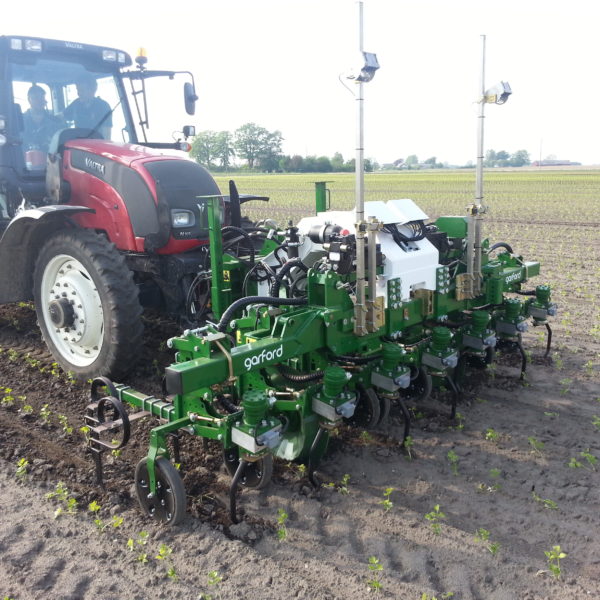 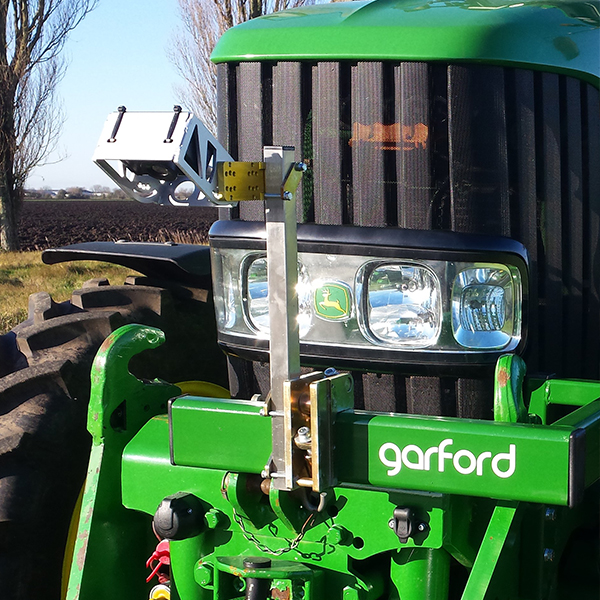 The latest development in the Robocrop range is the Robocrop InRow Weeder. The camera identifies the individual plants and controls a weeding rotor to take out the weeds not only between the rows but also between the plants. It is mainly used in vegetable and salad crops and can weed up to 98.5% of the total soil surface area, which means that no other weeding is necessary. It was launched in 2008. There is nothing else on the market to compete with the InRow Weeder and as chemicals continue to be withdrawn from the market, sales are rapidly increasing both in the UK and overseas. Garford have won awards at many agricultural shows for the InRow Weeder including the Gold Medal award by the RASE at the Royal Show in 2009, 5 different awards at LAMMA in 2009, and were honoured to receive the Queens Award for Enterprise in the Innovation category for the product in 2010.

Coming from a farming background themselves Garford pride themselves on listening to the farmers and identifying their needs. Garford continue to work with Tillett & Hague Technology (formerly of Silsoe Research Institute) to bring new precision technology to the agricultural sector.